The athletes join 6,000 other participants from 26 regions across North American competing in 14 different sports.

Band Councillor Wayne Kakepetum, who is also at the NAIG to support his daughter Jurriah Kakepetum and the other SLFN athletes says there were also flags from Nishnawbe-Aski Nation, Kitchenuhmaykoosib Inniniwug and Fort Severn. “It was pretty amazing,” he says of seeing all the athletes in the opening ceremonies.

Georgina Kakegamic is cheering for her grandson Tyler Kakegamic from home in Sandy Lake. Tyler is competing in the U16 Male Volleyball event, the same sport Georgina's son and Tyler's dad Josh Kakegamic competed in for Team Ontario at the NAIG in the 90's.

The athletes and their chaperones Darlene Kakepetum and Ralph Bekintis are staying with the rest of Team Ontario at the University of Regina campus. 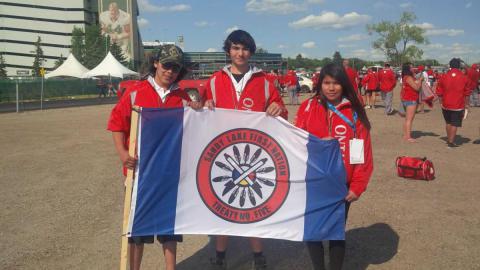 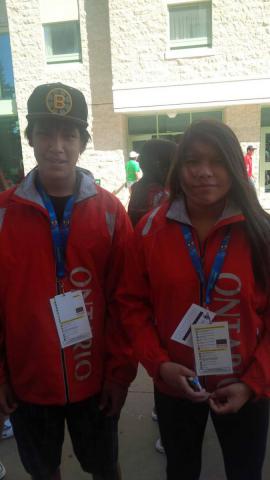 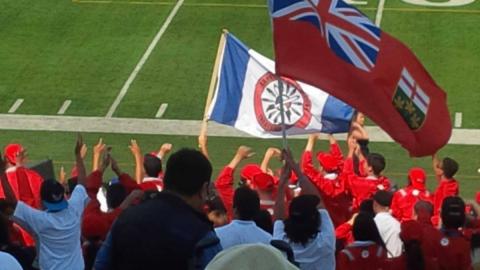 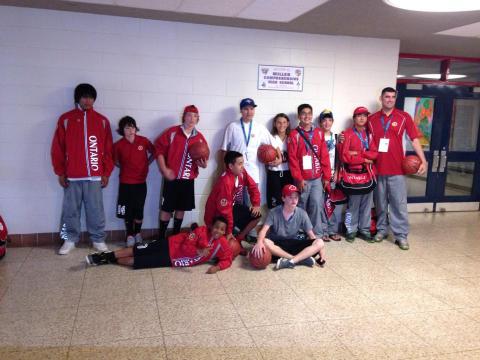