The election committee has released the official results of the 2016 band election.

Bart Meekis was re-elected to serve his third consecutive term as chief. He was first elected chief in 2012 after serving as deputy chief for two terms.

Yvonne Fiddler-Kakegamic was the only new council member elected, ousting former Counc. Apin Kakegamic. Yvonne is also the only woman to sit on council -- the last woman elected was former Counc. Teri Fiddler who held the position from 1996 to 2010.

The elected council will serve a two-year term. 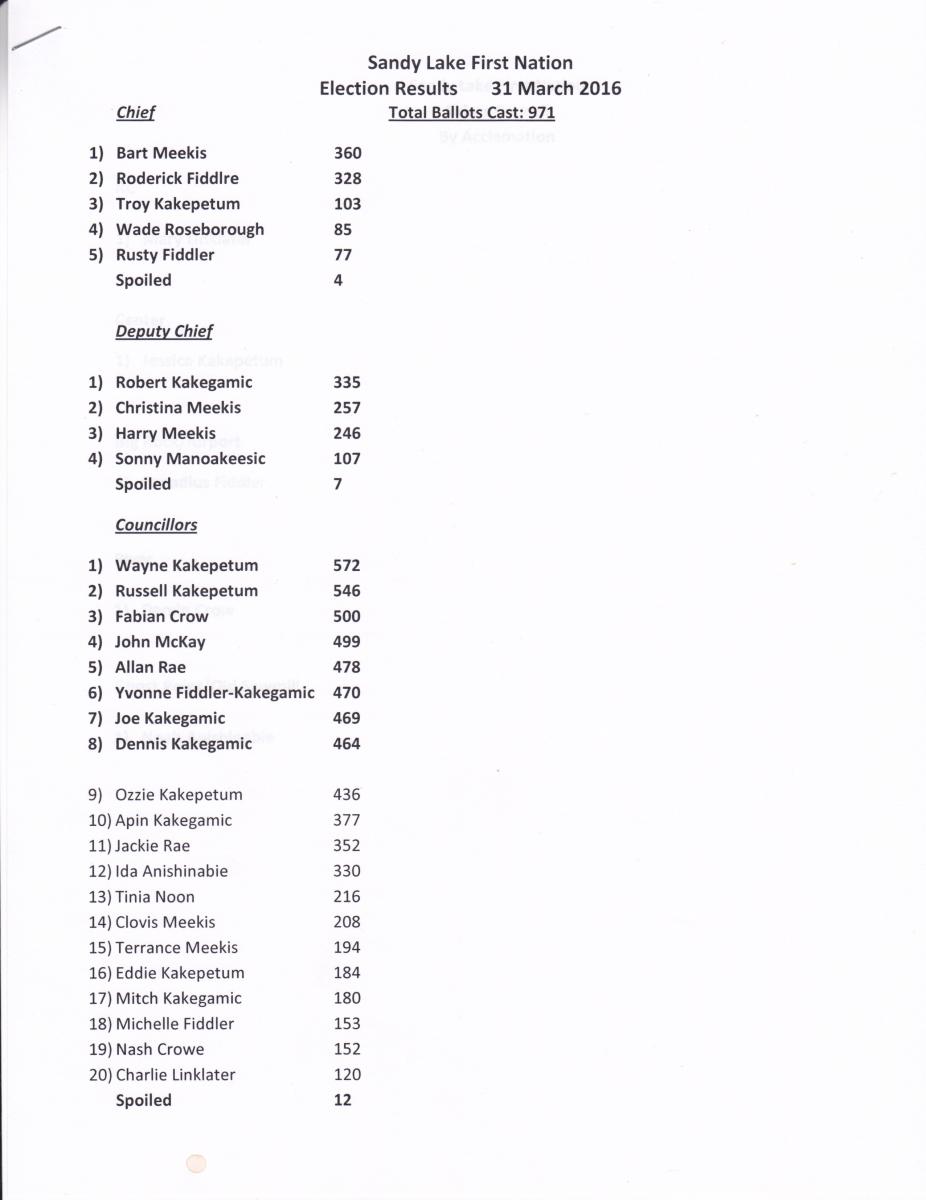