Scott Meekis was one of five finalists to Enter the Den today in Thunder Bay. The Dennis Franklin Cromarty High School graduate from Sandy Lake presented his business plan, Native Beadwork in the competition inspired by the popular Canadian television show The Dragons Den.

According to Scott, Native Beadwork would sell traditional hand-crafted products like moccasins, mukluks, mitts and hats made by himself and other craftspeople from Sandy Lake. Scott says his business is about “conserving the knowledge my ancestors passed on to my people.”

Scott came up with Native Beadwork in his grade 12 Entrepreneurship class at DFC. Teacher Brandon Wright, who was at the competition to offer support, says Scott’s emphasis on the holistic, environment friendly and traditional aspects of the business plan is what accelerated Scott into the finals.

But Scott almost didn’t make it. Scheduled to arrive in Thunder Bay the day before the Enter the Den finals, Scott’s flight was cancelled. Hours before the competition was to start, Scott and his mother Nora Jane Meekis boarded a Cessna 206 four-seater plane and flew 2.5 hours to Thunder Bay, landing just as the presentations started. Neither Scott nor his mother got much sleep the night before; Scott was too excited about the competition and Nora Jane nervous about the impending flight on the very small plane.

He was late but fashionably so as he walked on stage wearing a hand-made leather beaded vest crafted by his grandmother. It was a testament to the way of life that Scott spoke proudly of and embodied in his presentation. He described how his grandparents lived traditionally; his grandfather a hunter and trapper who took Scott on the trapline and his grandmother who still tans hide and beads, both passing on the knowledge of these traditional ways.  Scott who just started sewing and beading mitts this year says his mom inspired him to come up with Native Beadwork.

One of the judges said she applauds Scott for embracing his culture. Another judge told Scott he “might have a sale” and would speak with him after the competition about placing a custom order. 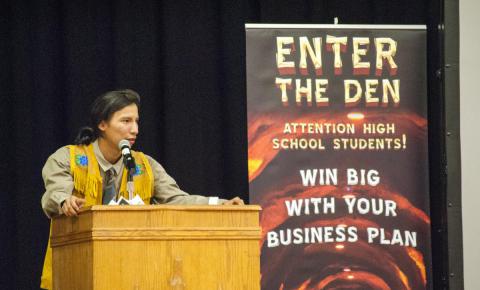 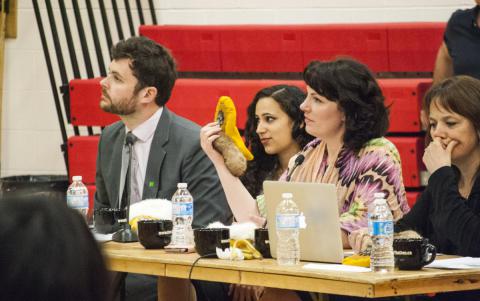 One of the judges questions Scott about his business plan (and also tells him she wants to place an order). 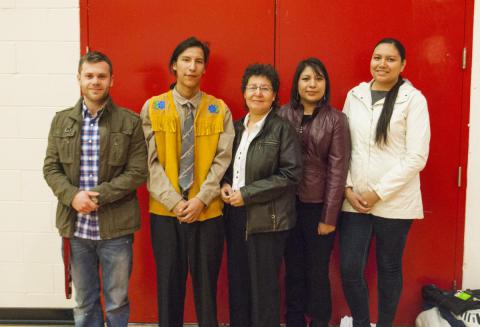 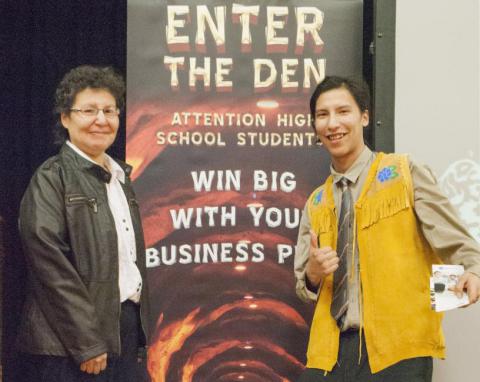 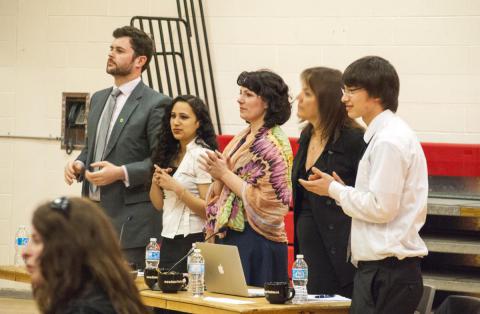 The judges gave Scott a standing ovation when he was announced fifth place winner.